Kevin Walsh, has many accolades as a Galway Footballer including Minor and Senior All Ireland Medals from 1986, 1998 and 2001 and 3 All Stars. A Proud Killannin Club man, Kevin has  successfully coached at underage and senior club level along with senior County coaching and management with Sligo and his native Galway both men’s and ladies football.  Also recognised in Basketball sporting circles in his native Killanin and nationally, Kevin’s extensive coaching career in both sports gives him vast experience for coaching at all grades. His ability to successfully coach teams from lower league divisions building continuous growth and success to achieve division 1 status has also been one of his hallmarks as a coach in GAA circles.

Galway Senior Footballers, under Kevin’s stewardship were promoted to Division 1, reaching their first All-Ireland Semi-final in 17 years. Securing their first championship win over Kerry since 1965, Galway’s wining ratio for the 5 years  of Kevin’s leadership grew to 70% from 33% in the previous 5 years. Under his stewardship, Galway won 2 Connacht Titles which were their first in 9 years. With Sligo, he brought them to three Connacht Finals while also building their divisional growth. He also coached the Galway Ladies Team in 2007.

Observing the time players spend off the ball as opposed to playing on the ball, has driven Kevin to critical evaluation of spatial awareness for  GAA coaches and players. His appetite for exploring and exploiting the technique of Taking Space and Making Space is a primary driver of GrowCoach. 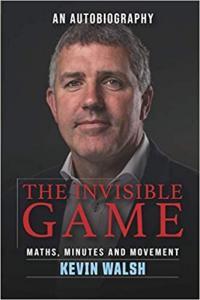 The Invisible Game
by Kevin Walsh

Tell Me More
Please Note: Kevin Walsh's The Invisible Game is not part of the GrowCoach membership. It can be found online & in your local book shop.

Sean played at minor, Under 21 and Senior level with Galway. His combination of skills as a PE Teacher, Educator, Player and Coach at all levels brings valuable insight  and knowledge in coaching key skills techniques via GrowCoach.

Brian Silke has vast experience with the renowned winning Galway Club, Corofin from under age to senior level.  Brian captained Corofin to club honours in 2000 and also captained Dublin club, St Sylvestor’s to their only senior championship success in 1996.

Brian won Minor, Senior and Masters All Ireland’s with Galway. Brian’s success as a player and coach at all age levels with both county and club brings with it an appetite to impart his experience and coaching knowledge with GrowCoach

We’ve made some of the videos in our library available to view before you join! Get a proper taste for what GrowCoach can offer you.

Like what you see? Request a call back to discuss how GrowCoach can help you.

All enquires and feedback regarding GrowCoach are welcome. Simply fill in the form below and one of us will be in touch as soon as we can. 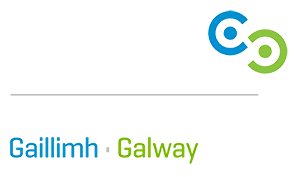